Discover the latest news from the Hergé Museum

Sweet surprise for the children

During the spring holiday period, the Hergé Museum has spread questions throughout the visit. A quiz to liven up your family visit. On Sunday 17 April, the first children who had returned their quiz to the bookshop after their visit received a little surprise... A great way to end the holidays! 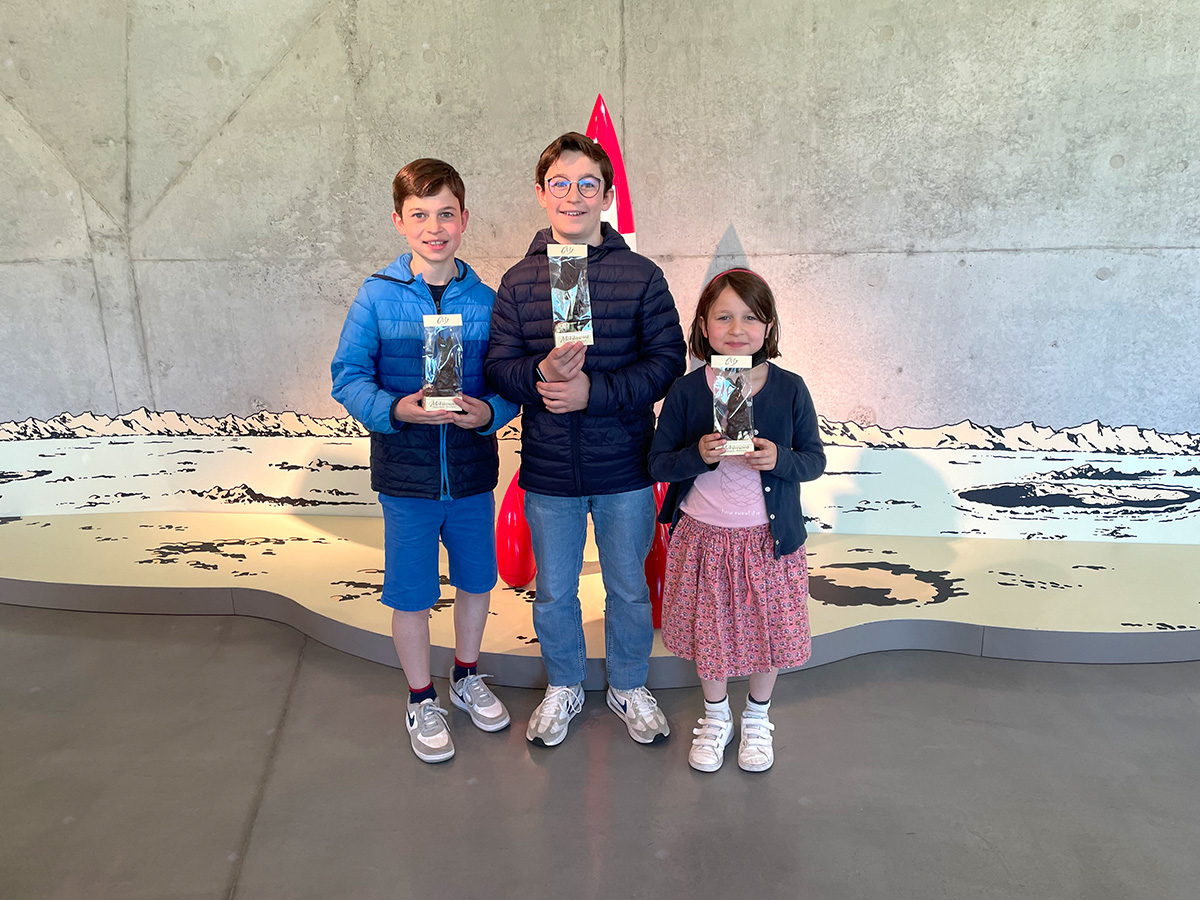 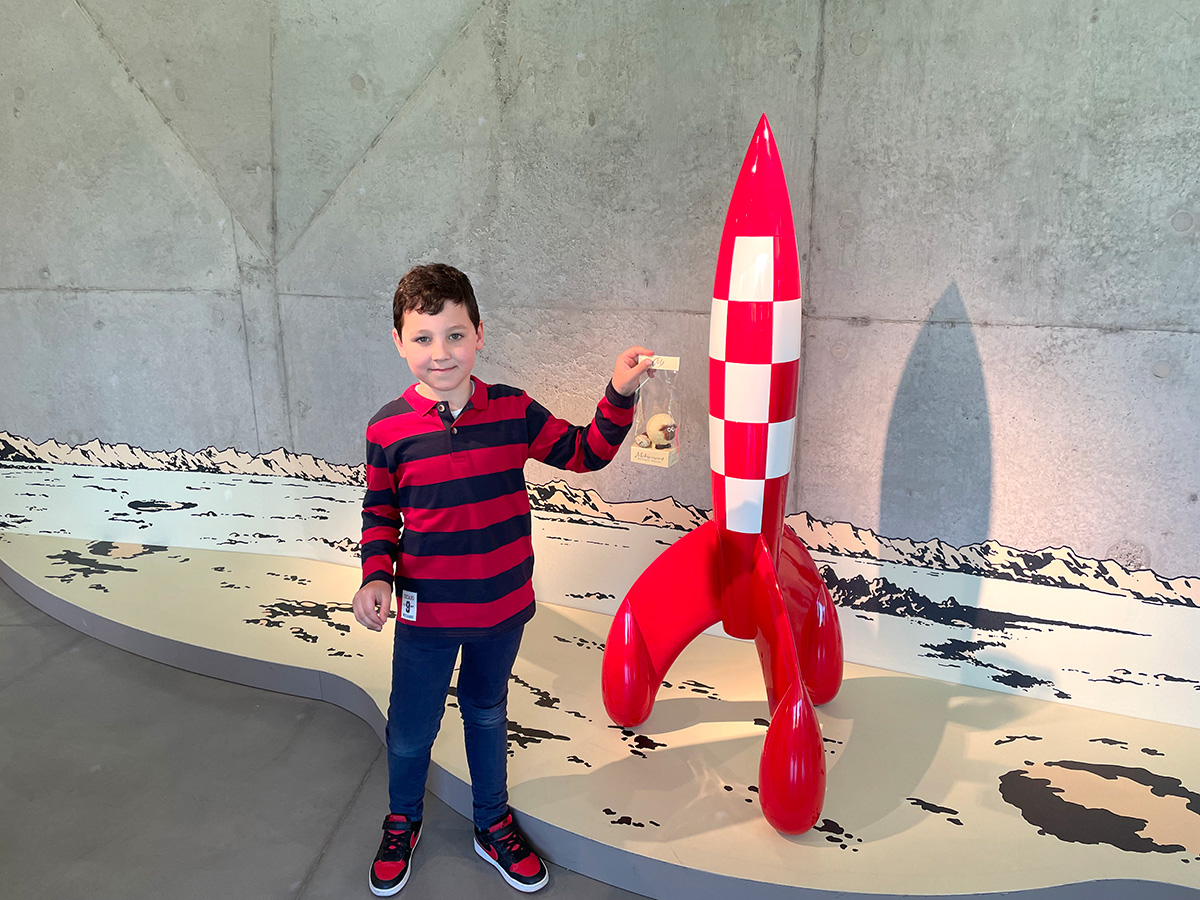 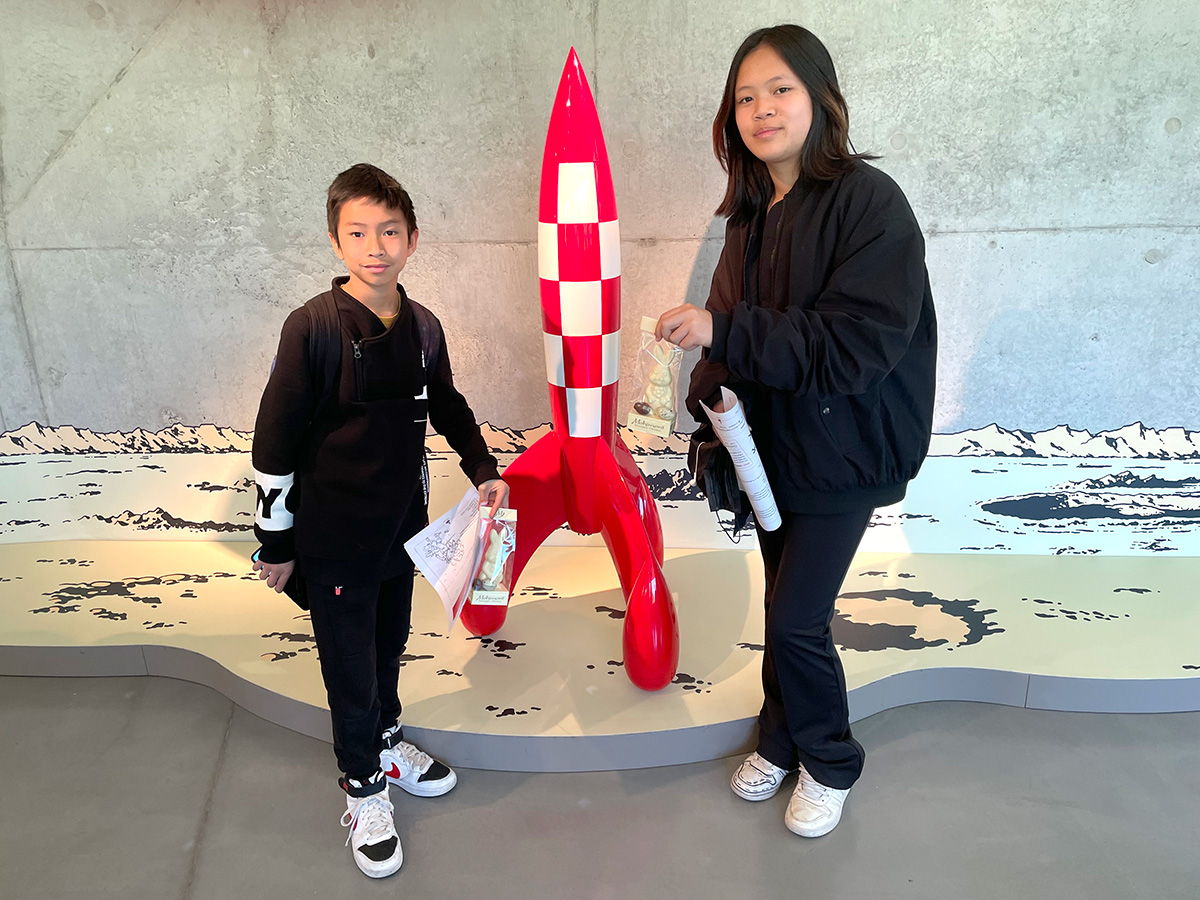 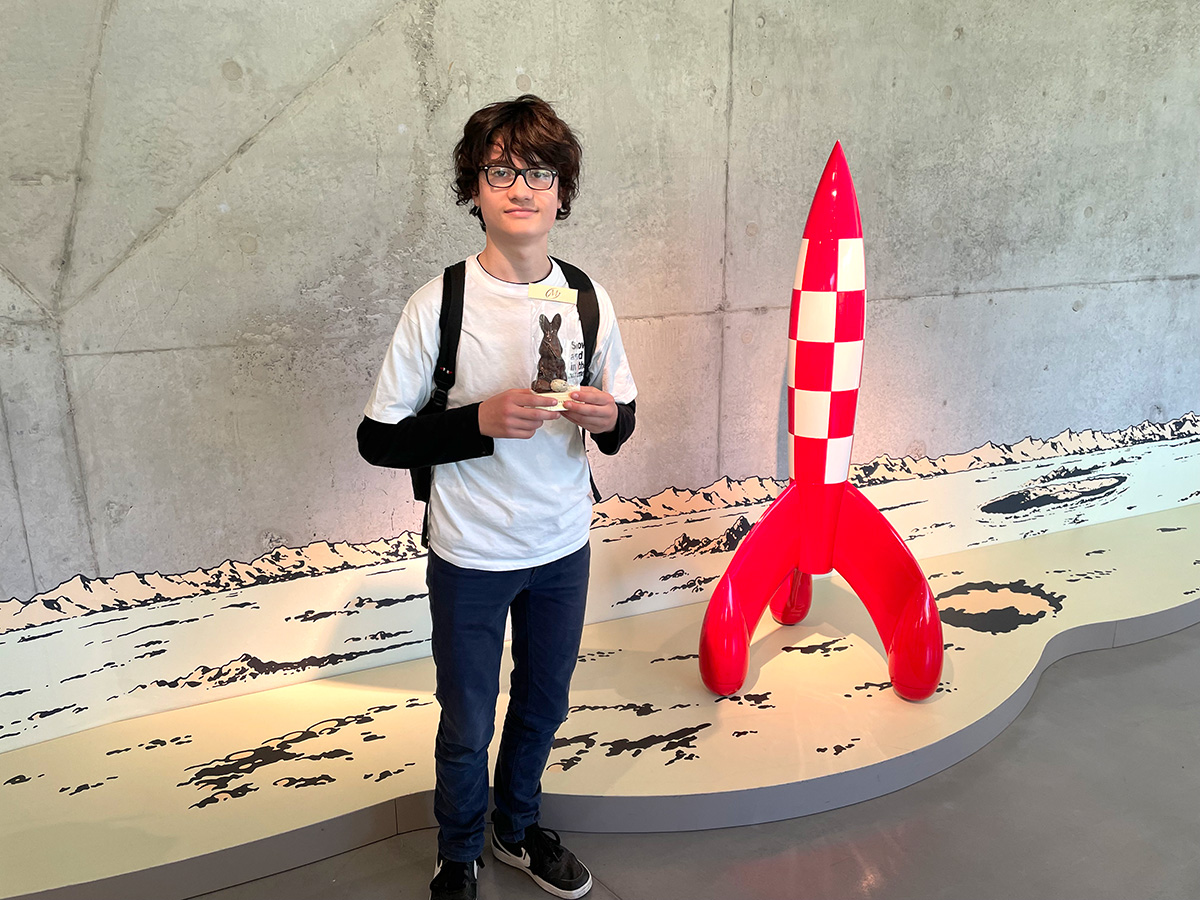 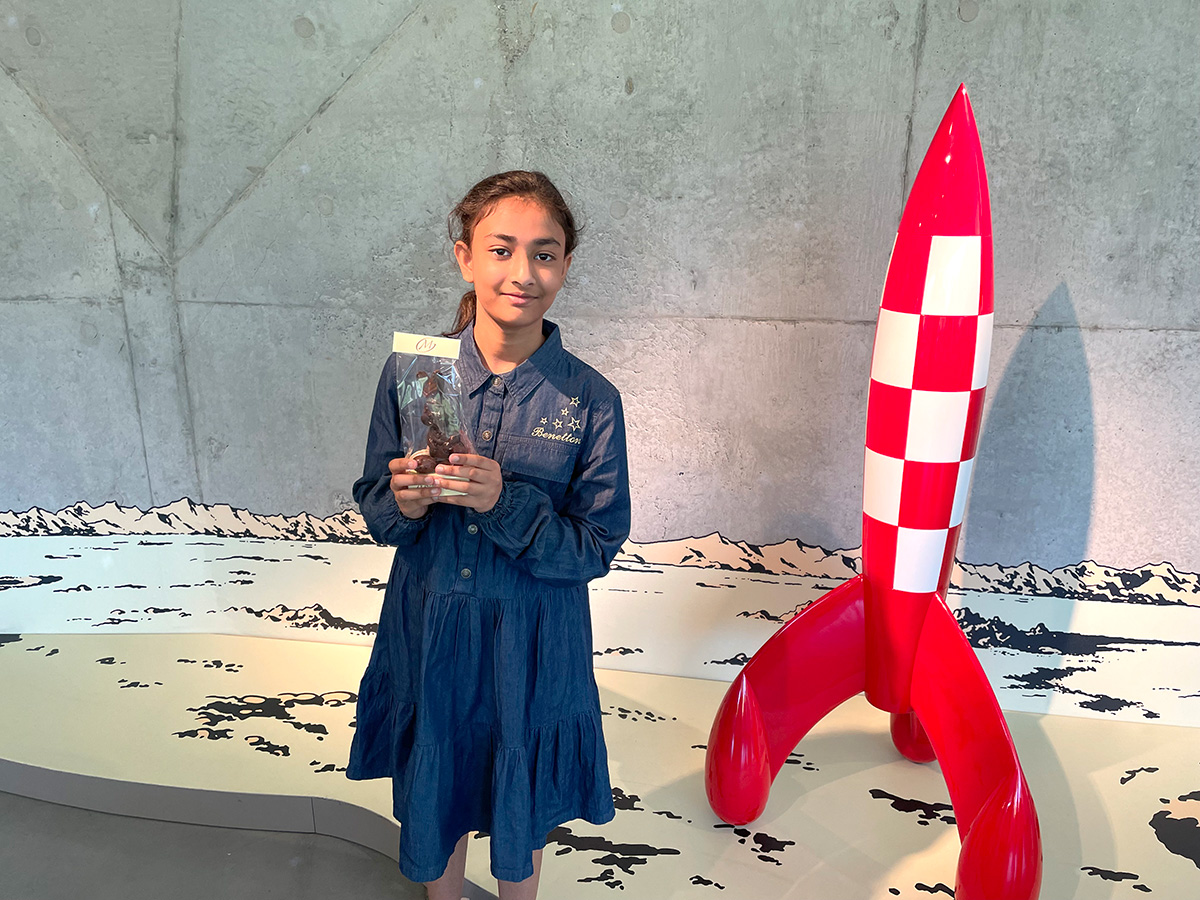 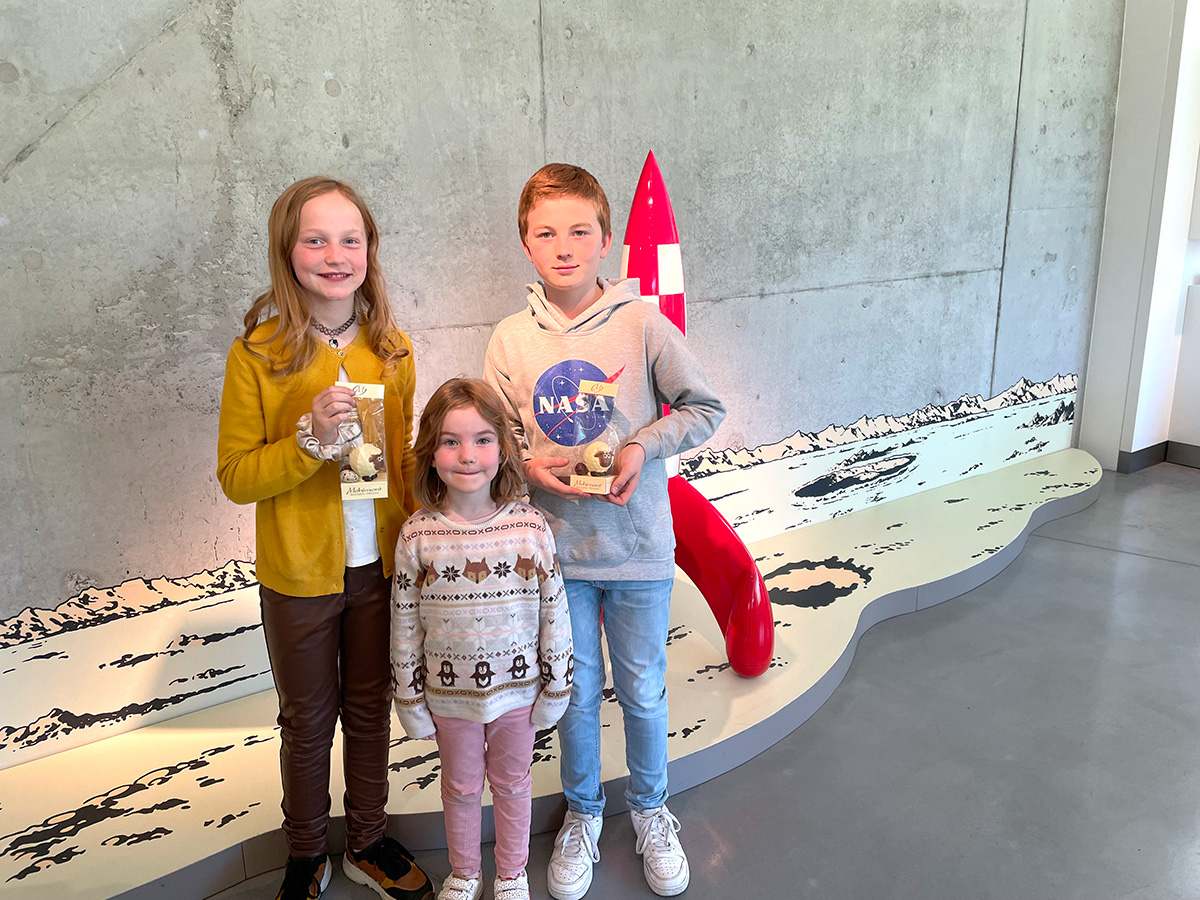 The Austrian President and his wife visiting the Hergé Museum

The Austrian President Alexander Van der Bellen and his wife Doris Schmidauer honoured us with a visit on Wednesday 23rd March.

On a state visit to Belgium until this Wednesday, the presidential couple wanted to visit the Hergé Museum. The Austrian president is a great fan of comic books. This is the first state visit between Austria and Belgium since 1997, but also the first incoming state visit to Belgium since the beginning of the pandemic in 2020. The visit was led by the Governor of the Province of Walloon Brabant, Gilles Mahieu, as well as by Mrs. Julie Chantry, Mayor of Ottignies-Louvain-la-Neuve. 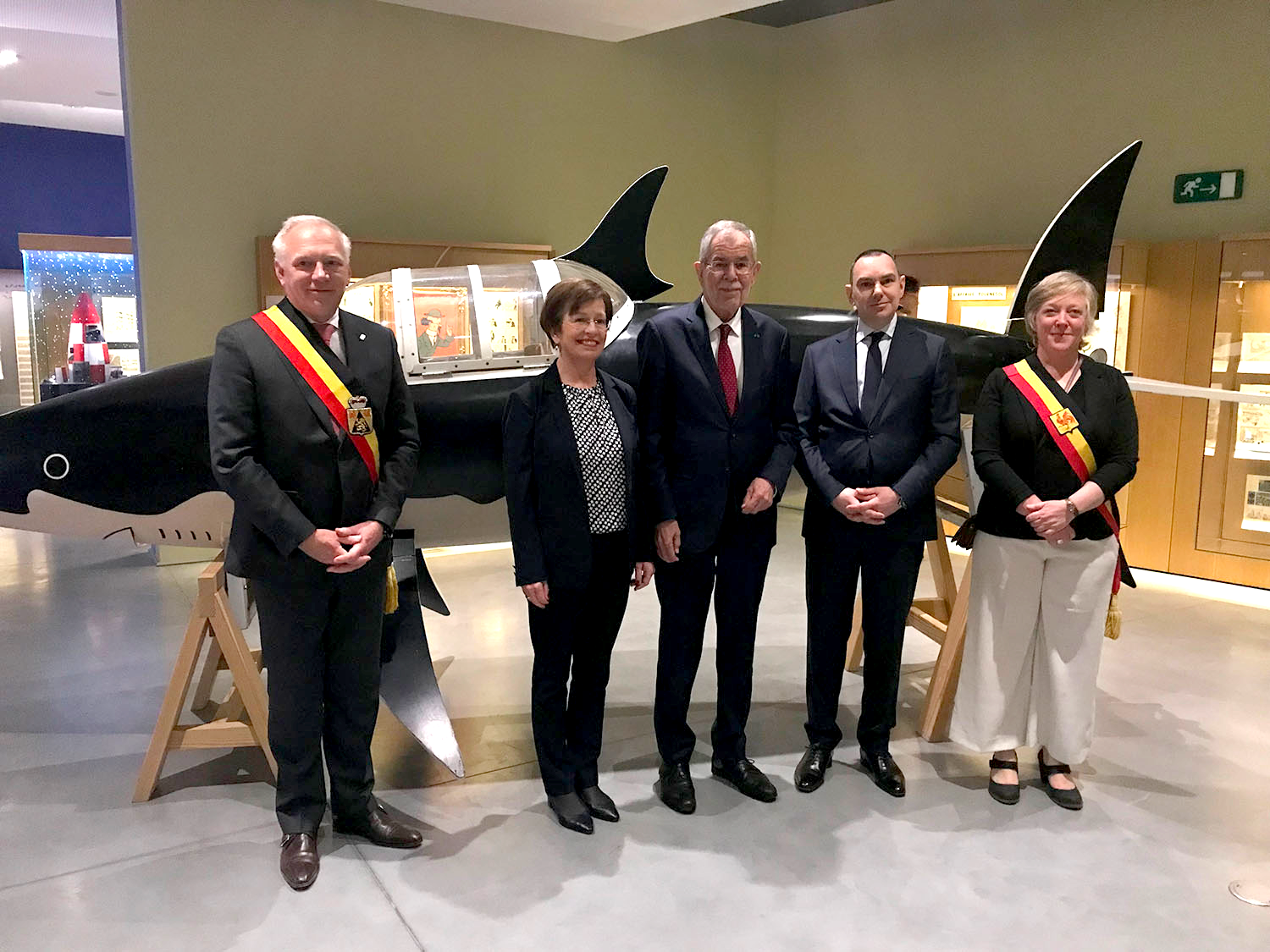 Austrian President Alexander Van der Bellen in the center, his wife Doris Schmidauer to his right, Fabrice Corioni administrator of the Hergé Museum on his left. Gilles Mahieu, Governor of the Province of Walloon Brabant on the left. Julie Chantry, Mayor of Ottignies-Louvain-la-Neuve on the right.

A look back at the work of Tom Frantzen: the statue of Hergé 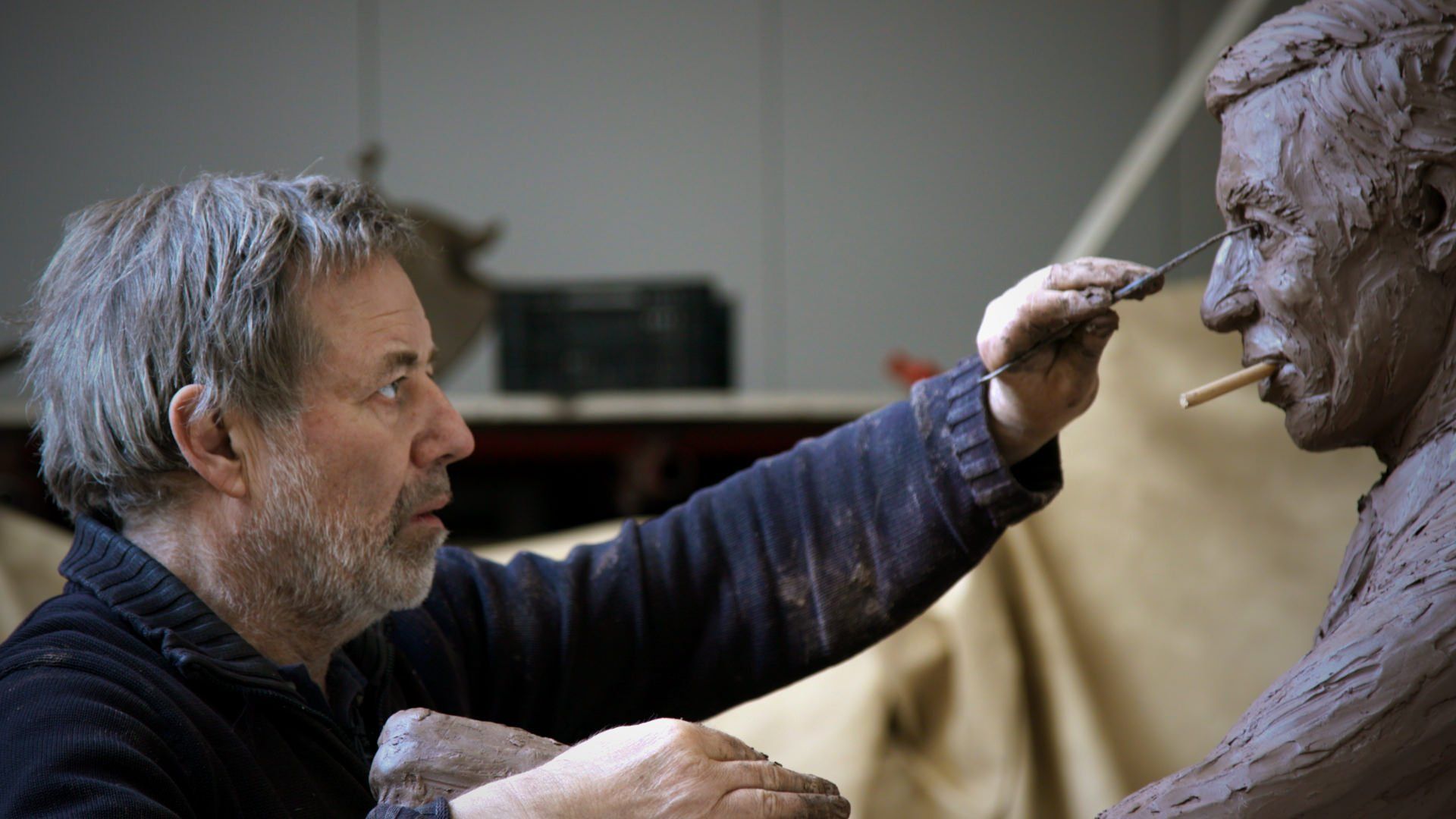 Tom Frantzen studied in Brussels at the École Nationale Supérieure d'Architecture et des Arts visuels de La Cambre, where he followed the university course in monumental sculpture. Deeply Brussels-based, he describes himself as a contemporary Flemish fantasy artist. His public works are part of this culture in an interactive way and enliven the existing environment in Brussels and elsewhere.

He was personally chosen by Fanny Rodwell to create the Hergé sculpture that will be inaugurated on 22 May 2019. Since this symbolic date (22 May being the date of birth of Hergé), visitors to the Hergé Museum are welcomed by the master of the clear line.

« As a Brussels 'ket', it is a pleasure to have been able to create, alongside fictional figures such as Le Zinneke, Madame Chapeau and the Molenbeek Vaartkapoen, personalities like Bruegel, Brel and Hergé. Alongside the famous Manneken-Pis, they symbolise the identity of the city of Brussels » Tom Frantzen

Placed in the garden at the entrance to the Hergé Museum, the base of the statue has recently been solidified in order to ensure the durability of the artwork. 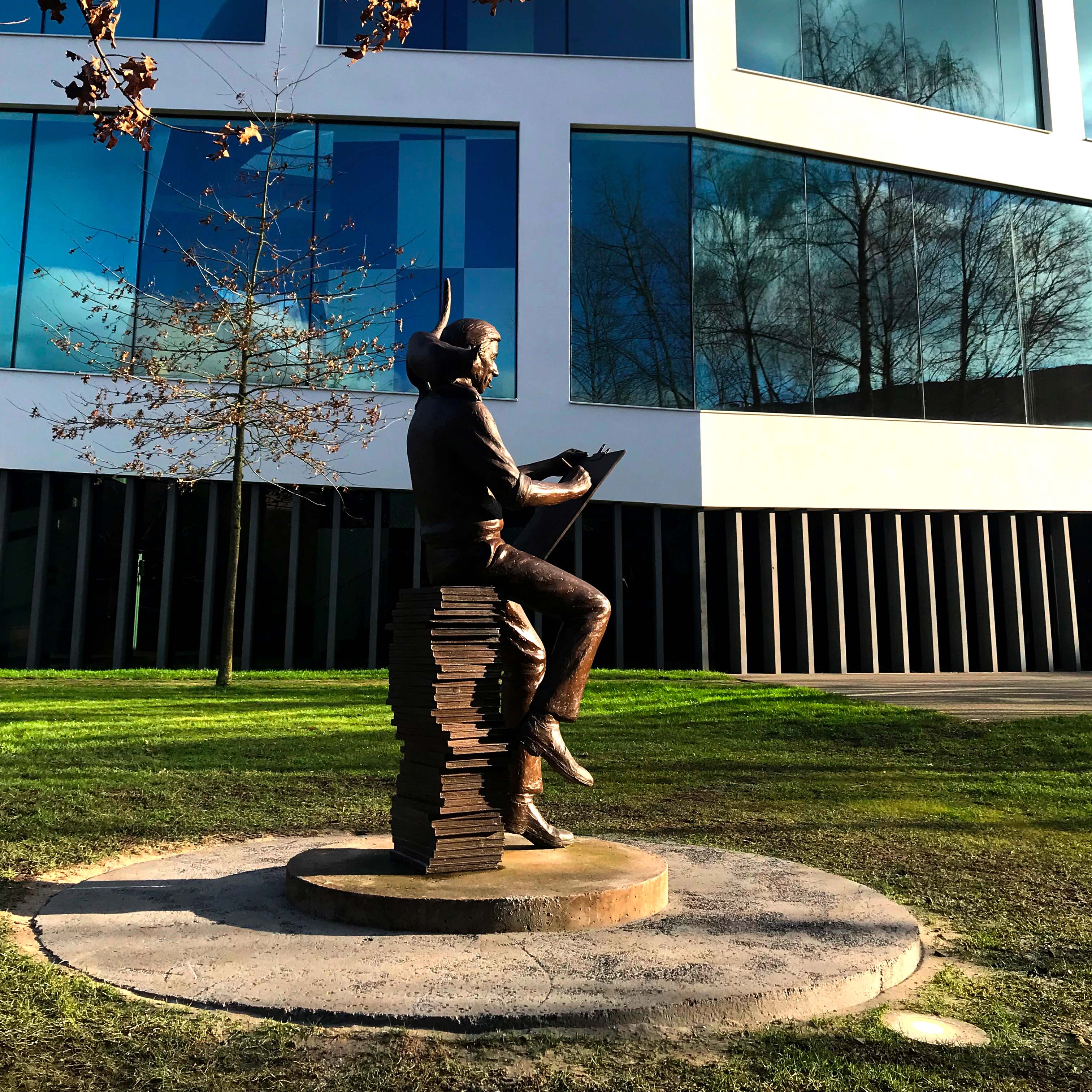 The Warhol's are back

You can admire these wonderful portraits of Hergé again in room 8 of the Hergé Museum.

The portrait series was separated in: one painting that was in Lisbon for the Hergé exhibition and the other one travelled to Shanghai for the Tintin and Hergé exhibition. 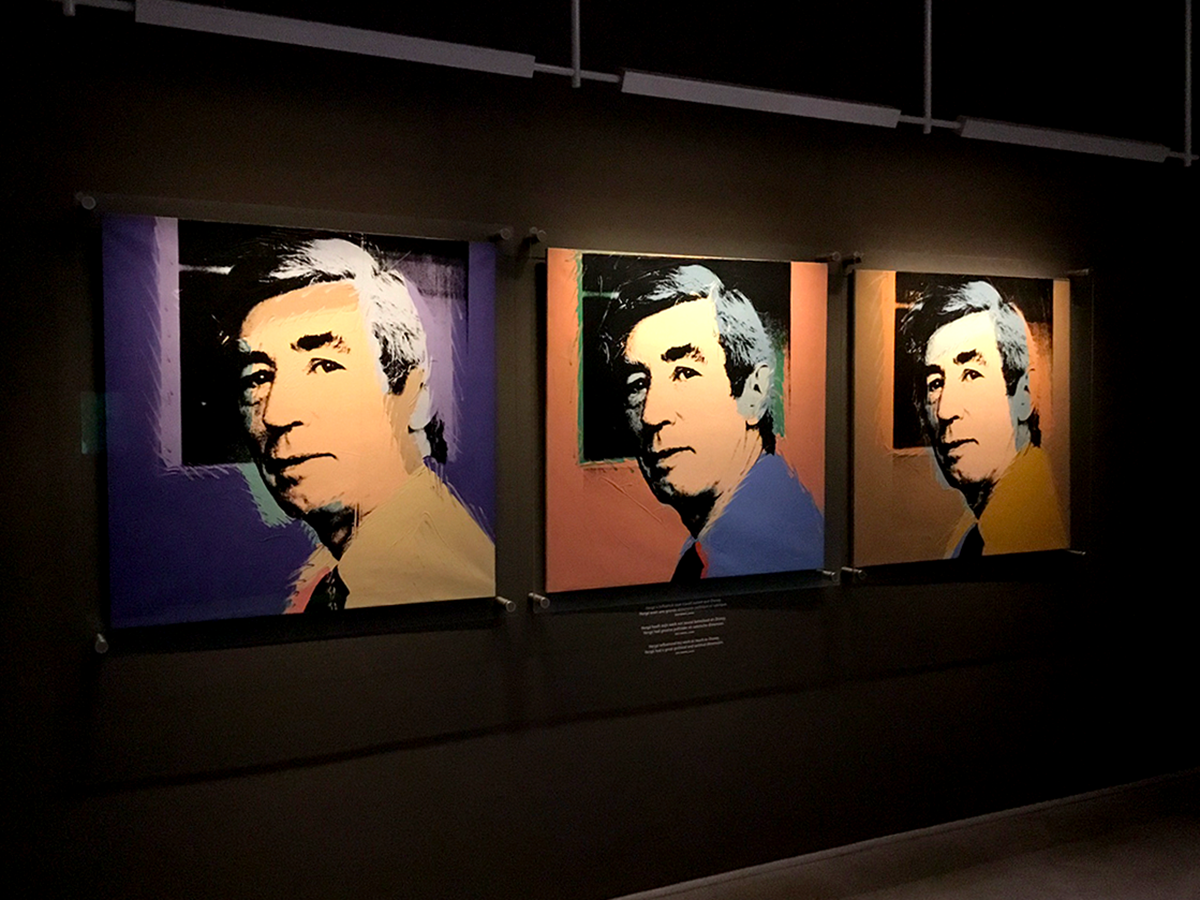 In 1972, Hergé met Warhol for the first time. Tintin's father went to the "Factory," the artist’s studio the painter had opened in New York in 1964. The two artists realized that they had much in common: they began their careers in advertising and marketing illustration and built their careers on central works that established themselves as real cultural phenoms.

In the 1970s, Hergé commissioned the king of pop art to paint his portrait, after which Warhol presented a series of images in his familiar style. The two artists met each other again at an exhibition in Brussels, at le Palais des Beaux-Arts, with the theme "American Art from 1945 to the Present." It was an opportunity for the two stars to meet again, exchange their ideas, and most importantly, exhibit the result of their collaboration: Andy Warhol's portrait of Hergé.

On the occasion of Captain Haddock's 80th birthday, the second bronze illustrating his meeting with Tintin is exposed at the Hergé Museum. 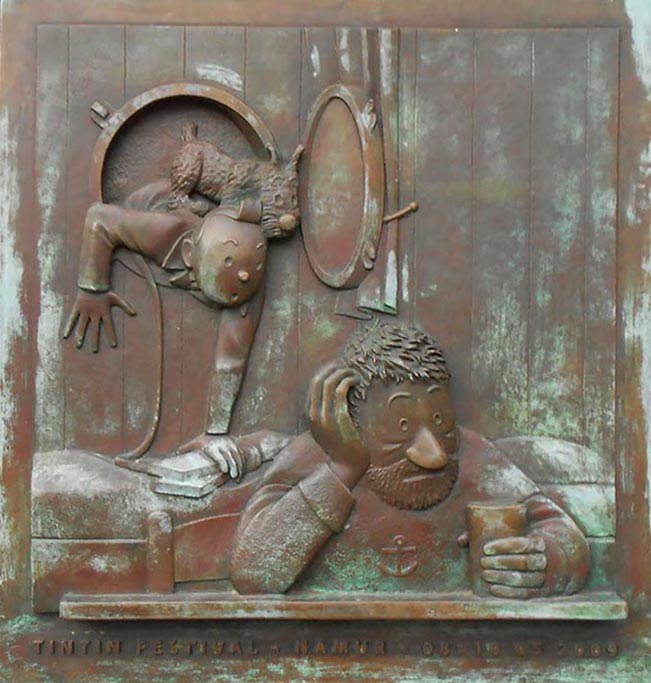 This bronze bas-relief was sealed in May 2009, during the Tintin festival, on the facade of the Palais des Congrès (former Trade Fair) in Namur.

The plaque commemorates the third Tintin Festival, held in Namur on 8 and 9 May 2009.

Made by Andy Jacobs, it reproduces a case from the colour edition of The Crab with the Golden Claws where Tintin meets Captain Haddock for the first time.

Offered to the city of Namur by the company Moulinsart, it was inaugurated in the presence of Nick and Fanny Rodwell, Hergé's legal successors.

The original bronze is still in Namur. To mark the 80th anniversary of the famous sailor, a second plaque has been installed at the Hergé Museum next to the original drawing of the first meeting between Tintin and Haddock. 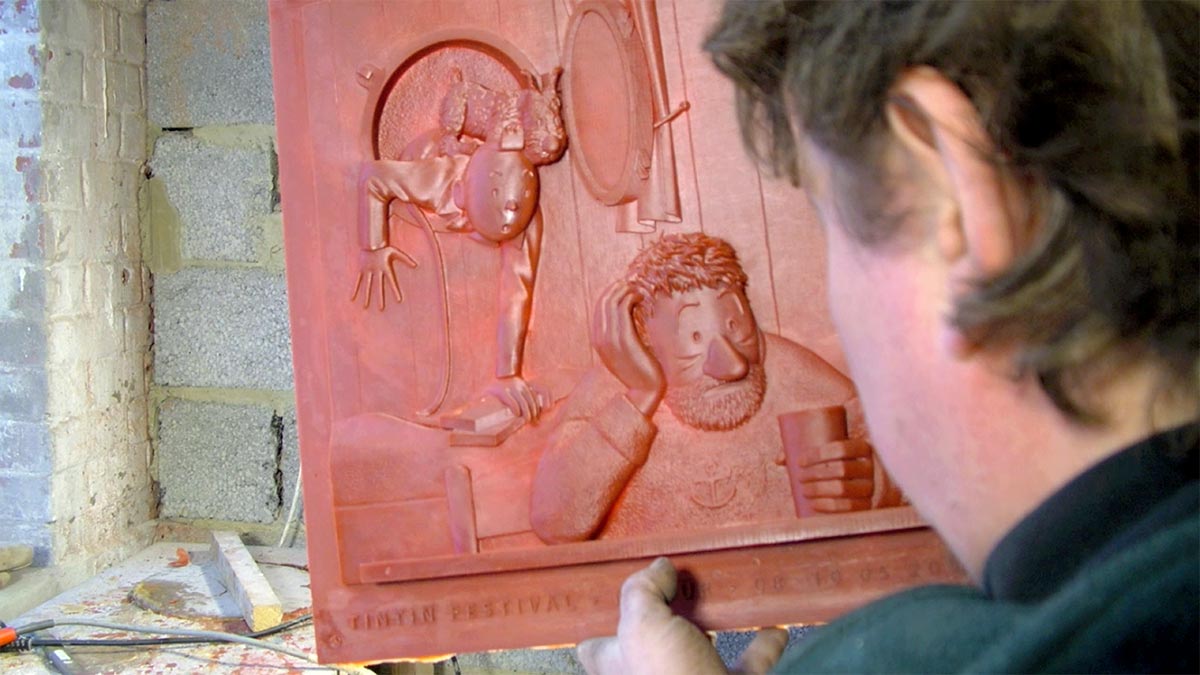 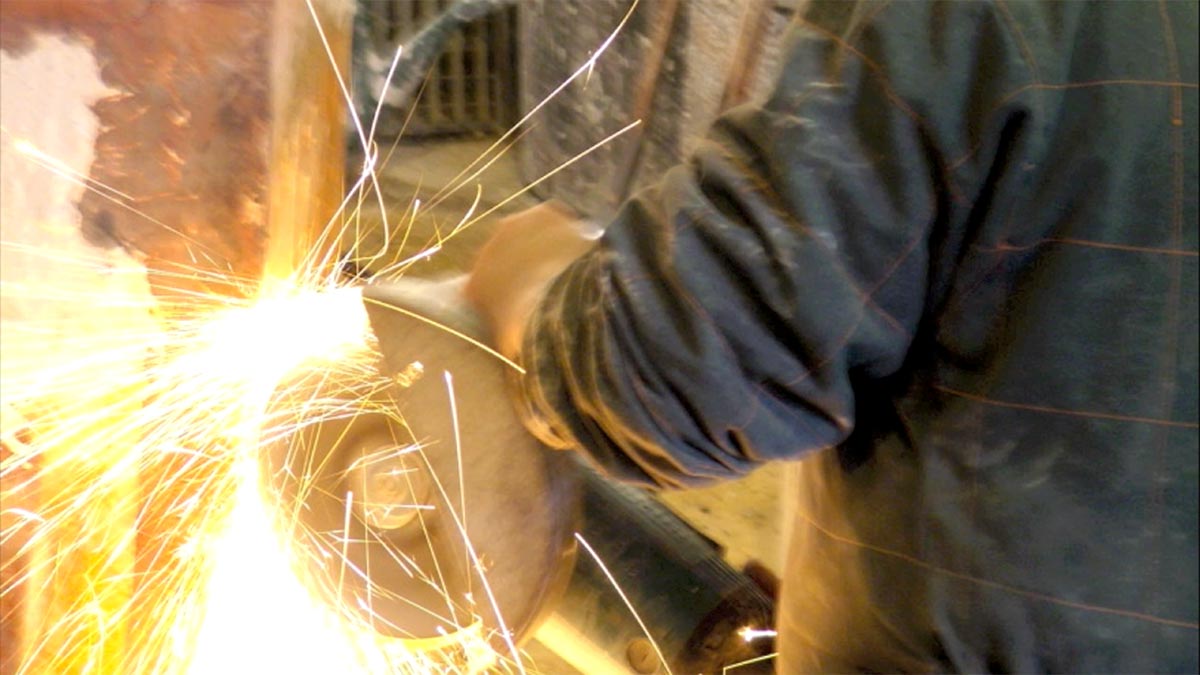 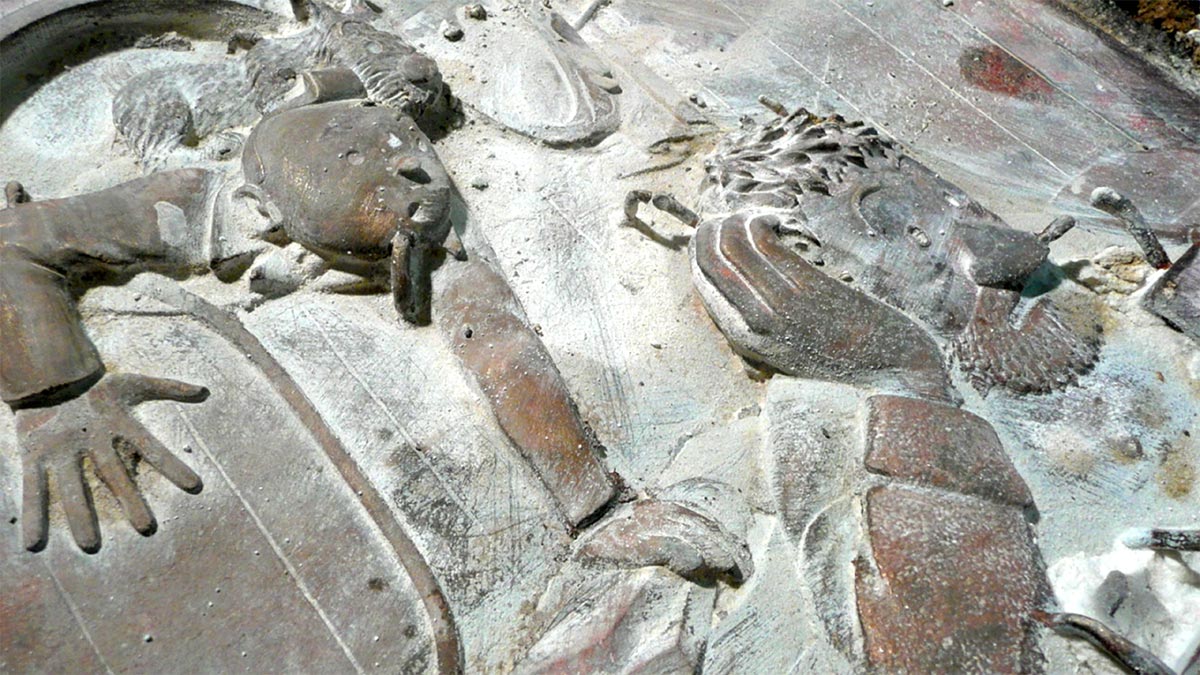 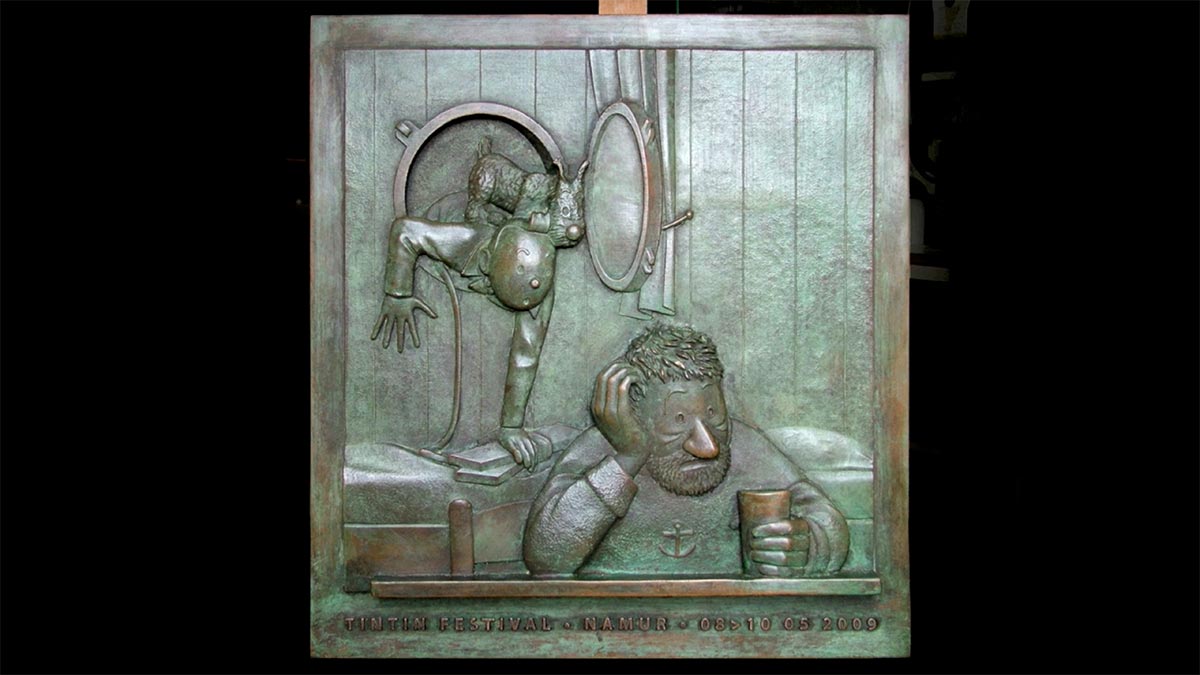 After Bidisha's visit to the Hergé Museum, The Adventures of Tintin in his two mother tongues were exhibited alongside the other albums.

Bidisha is a Bengali and Hindi language Interpreter-Translator with the Michigan Dept. of State. She is also a passionate traveler. She writes about her experiences in newspapers in India, China and on the Internet.

A couple of years back, Bidisha was traveling to Brussels to spend a few days with her best friend Tintin. Having grown up reading his adventures, she was excited to see where it all had started.

Her first stop was Musée Hergé in Louvain-la-Neuve. The museum was truly mind blowing: photos, notes, clippings, figurines, films, interview clips, you name it and it was there.

Finally she came the display section, a very stylish cylindrical room with books in all languages published, displayed from the ceiling to the floor. 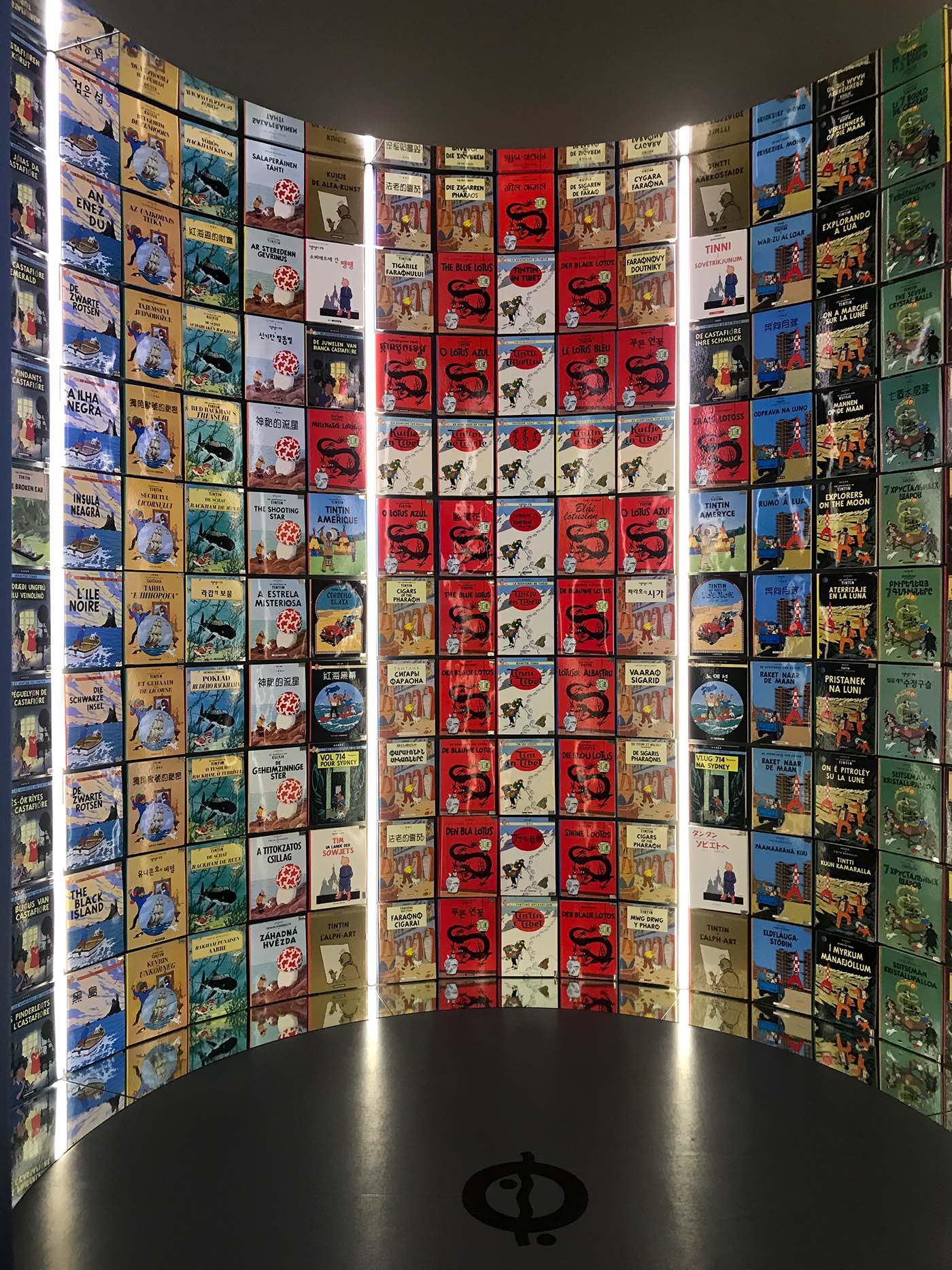 The interpreter-translator quickly found the ones in English. Then she looked for those in her native languages, Bengali and Hindi. She scanned almost every book from the top to the bottom, left to righ, and unfortunately found nothing. Bidisha said she was heartbroken. Bidisha said she was heartbroken because these books were not in the room when they had been available in Bengali and Hindi for many years.

Since 2010, the adventures of Tintin and his friends have also been published in Hindi, the national language of India and the fourth most spoken language in the world.

Bidisha sought a way to have the books displayed. She wrote to Mr Nick Rodwell, Managing Director of Moulinsart. A few days later, she received a positive reply.

Today, we are pleased to announce that the Bengali and Hindi books have been displayed in the Museum.

We thank Bidisha for supporting this project.

From the Karaboudjan to the Pachacamac

The port of Callao in Peru. Tintin and Captain Haddock are looking for their friend Professor Calculus, who has been kidnapped by authentic descendants of the Inca people. The heroes are convinced that the Professor is being held prisoner on the cargo ship, Pachacamac. But the ship is flying the yellow flag, and the yellow and blue pennant which indicates there is a contagious disease on board. Tintin, convinced it’s a ruse, decides to search the ship at night.

Excerpt from page 6 of Prisoners of the Sun (1949), this vignette without dialogue, has everything to seduce us. It combines the ingredients of a successful composition, both in terms of form and content.

This new dynamic visual, replaces another strong image, also inspired by the maritime world. What could be more natural for a building that resembles an imposing liner moored on the shores of the welcoming Brabant land?

This new dynamic visual, replaces another strong image, also inspired by the maritime world. What could be more natural for a building that resembles an imposing liner moored on the shores of the welcoming Brabant land?

More than ever, the Hergé Museum invites you to discover its graphic treasures, conceived and designed by a multi- talented artist. 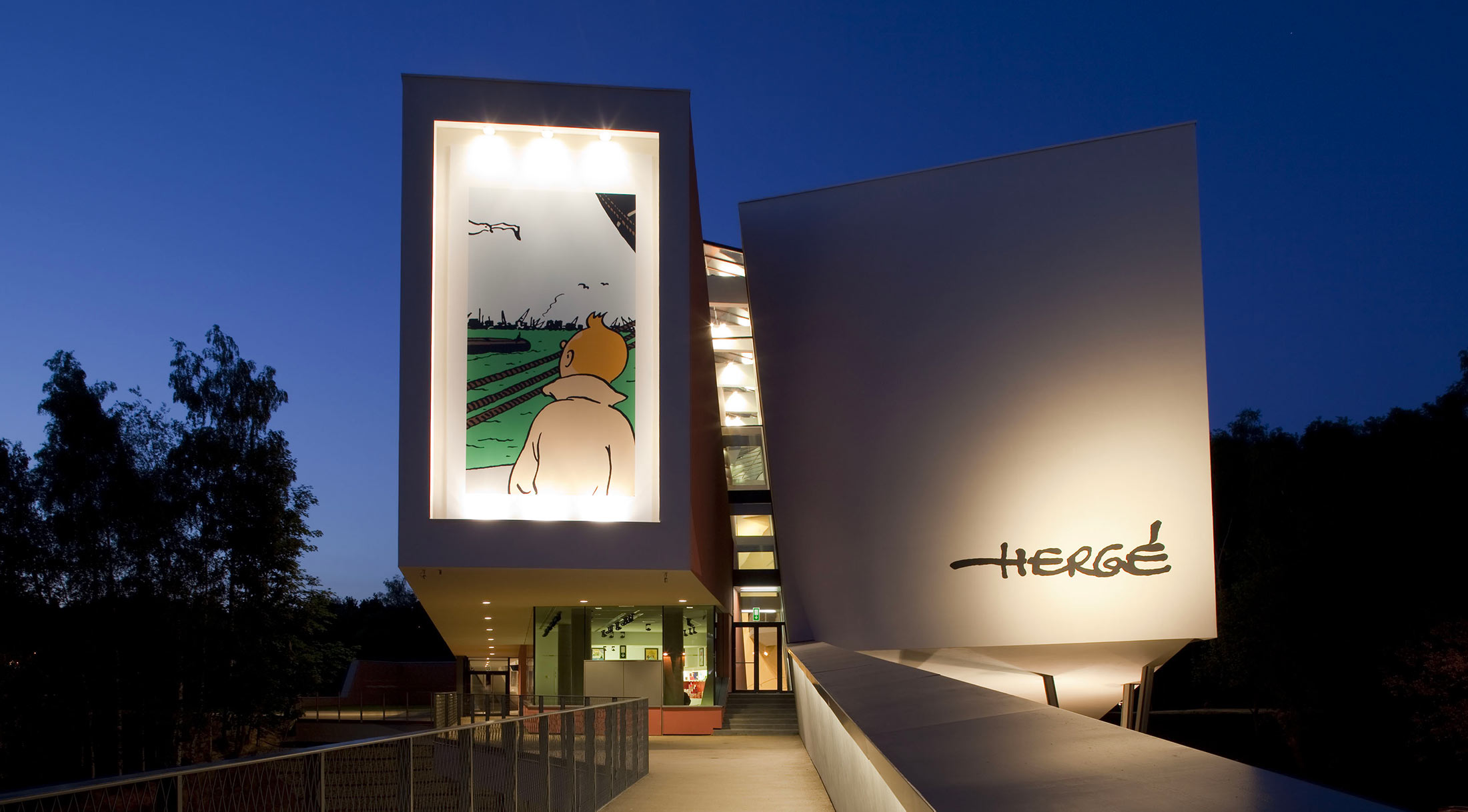