In The Secret of the Unicorn (1943) and Red Rackham's Treasure (1944), Tintin and the Thom(p)sons accompany Captain Haddock on a journey in the footsteps of the Captain's illustrious ancestor, Sir Francis Haddock. The parchments discovered in the previous adventure are in fact a treasure map pointing the way to the hidden gold and jewels of a notorious pirate, Red Rackham. A new character, named Professor Cuthbert Calculus, will prove invaluable in the search for the lost treasure; by the end of the adventure Calculus will also help Captain Haddock to acquire his family's ancestral home, Marlinspike Hall. This story is full of twists, turns and surprises, not least the moment when Professor Calculus demonstrates a new type of machine for underwater exploration... 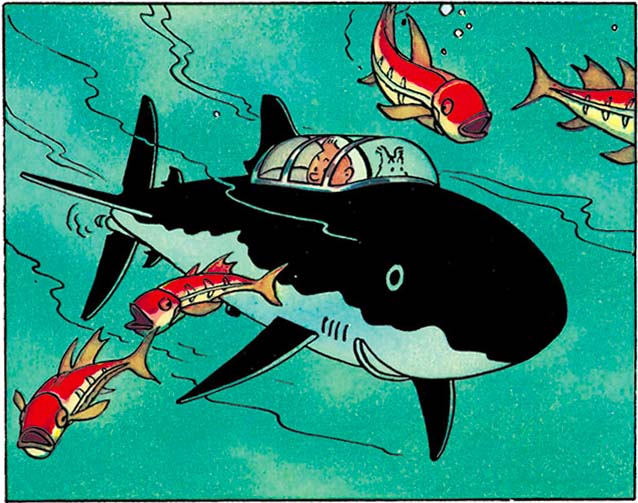 After the rocket, the shark submarine is certainly one of Hergé's most iconic creations. It is a key object in The Adventures of Tintin. It will have allowed the meeting with Professor Calculus and the reunion of the heroes.

Contrary to his habit, Hergé did not really take reference points in the real world to imagine the submarine. However, he indicated that he was inspired by Auguste Piccard and his bathyscaphe to create the character of Calculus. But in fact, he was inspired more by the inventor himself than by his invention, because from a visual and functional point of view, the bathyscaphe is very different from Professor Calculus' machine. What the two vehicles have in common, however, is that they were designed exclusively for civilian use, which was exceptional at the time. During the Second World War, even if some engineers had begun studies of single or two-seater submarines, no prototype was produced and the idea of a "pocket submarine" for civilian use was not considered. 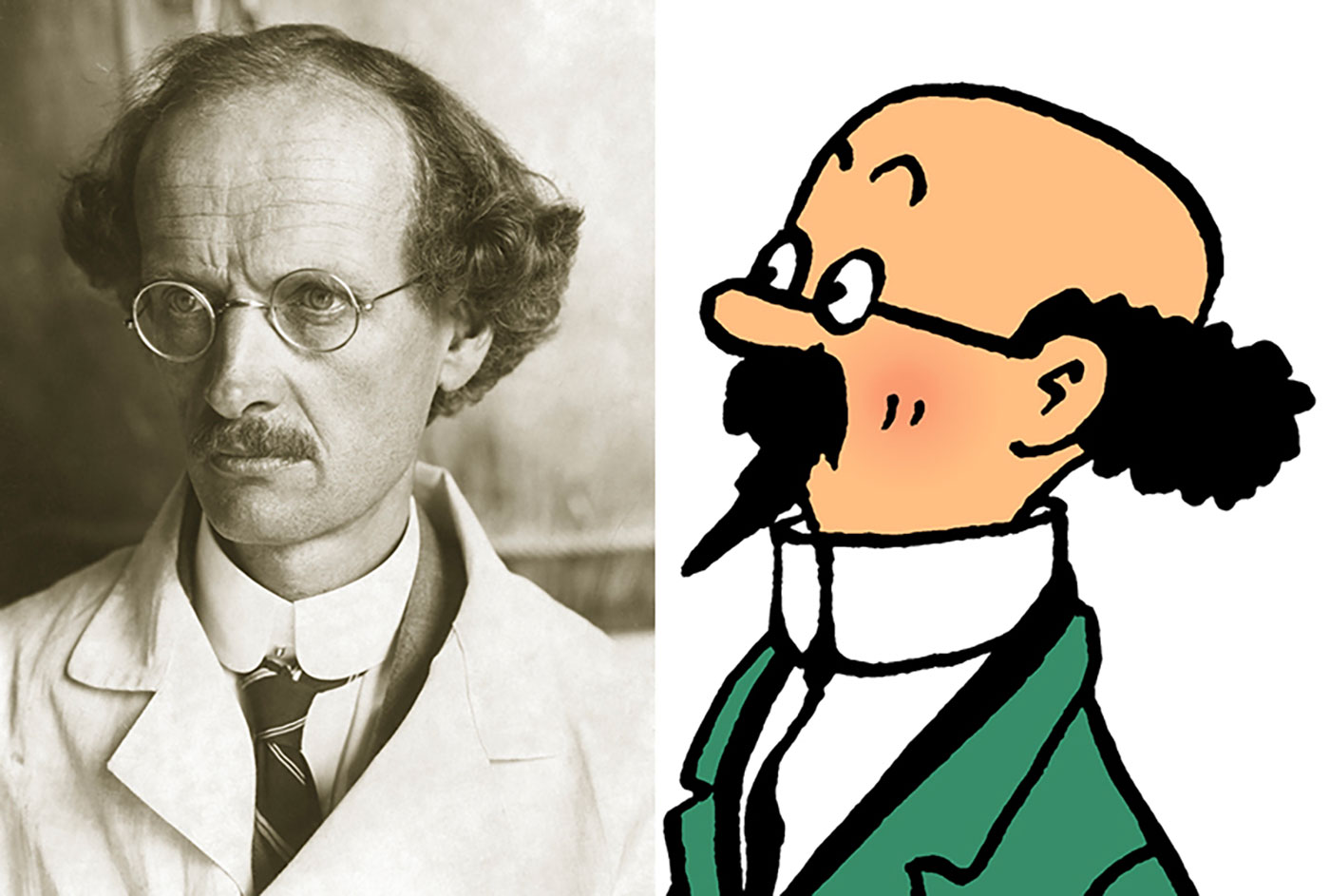 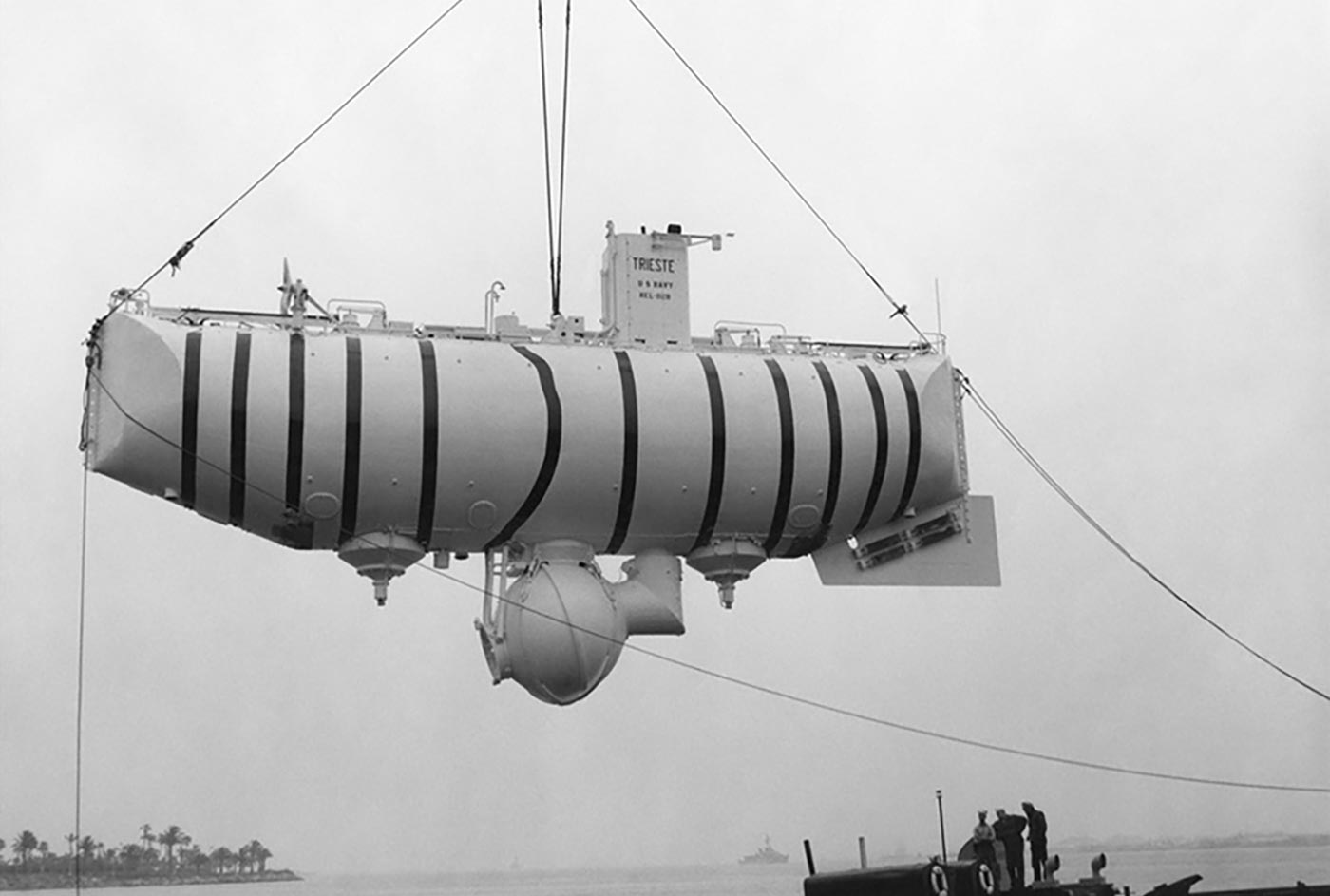 The choice of the shark for the cover of the famous submarine is explained by the geographical position of our heroes. According to the coordinates provided by Sir François Haddock (which must be calculated in relation to the Paris Meridian and not the Greenwich Meridian, as Tintin reminds us), the island and the wreck of The Unicorn can be located in the north-east of the Dominican Republic. As we know, these waters are home to a wide variety of sharks. The Professor's submarine was therefore very useful in blending in with the local marine fauna.

The 77cm long submarine is a beautiful replica of Professor Calculus' invention that has been created with the greatest fidelity to Hergé's original work. 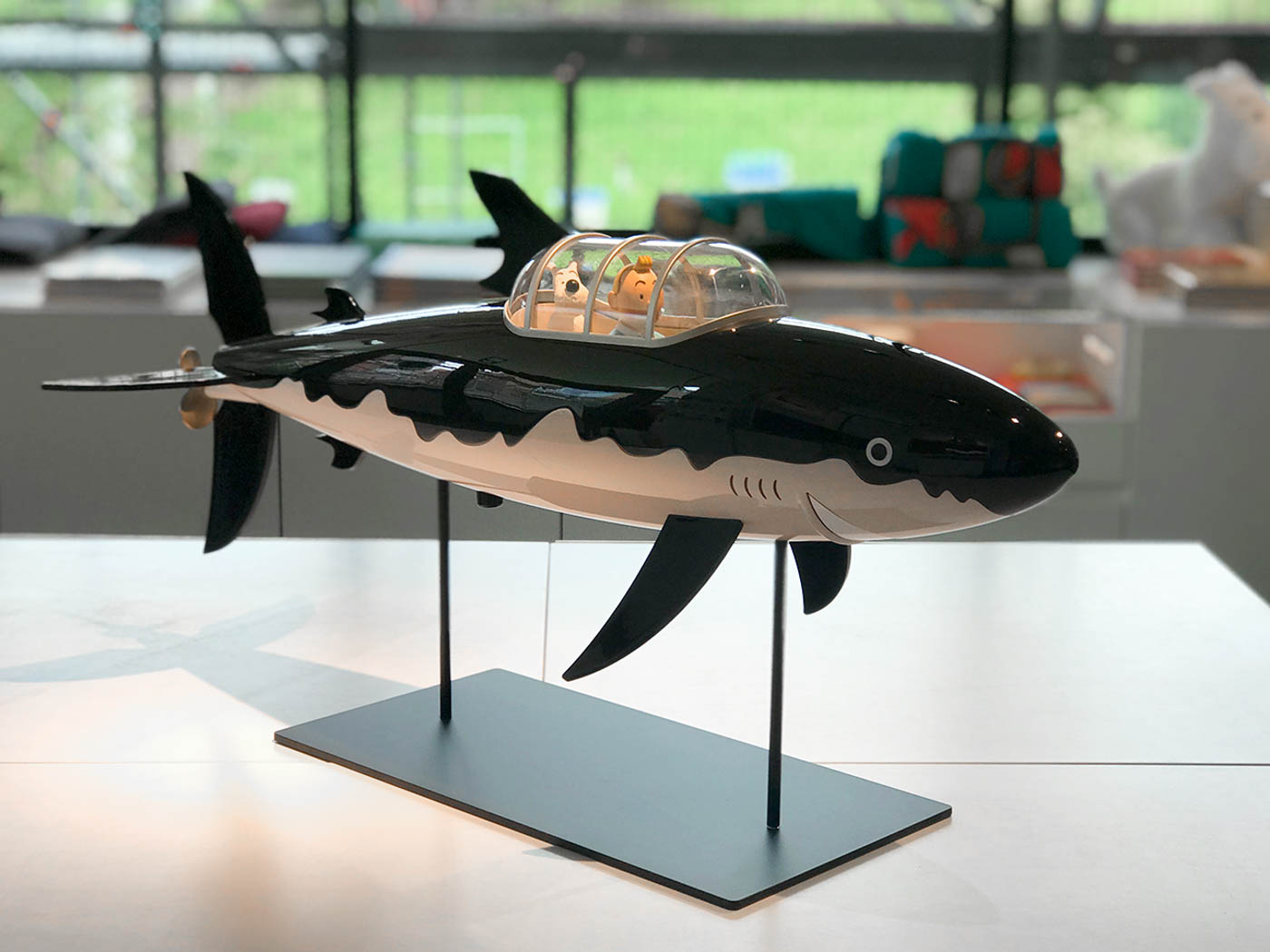 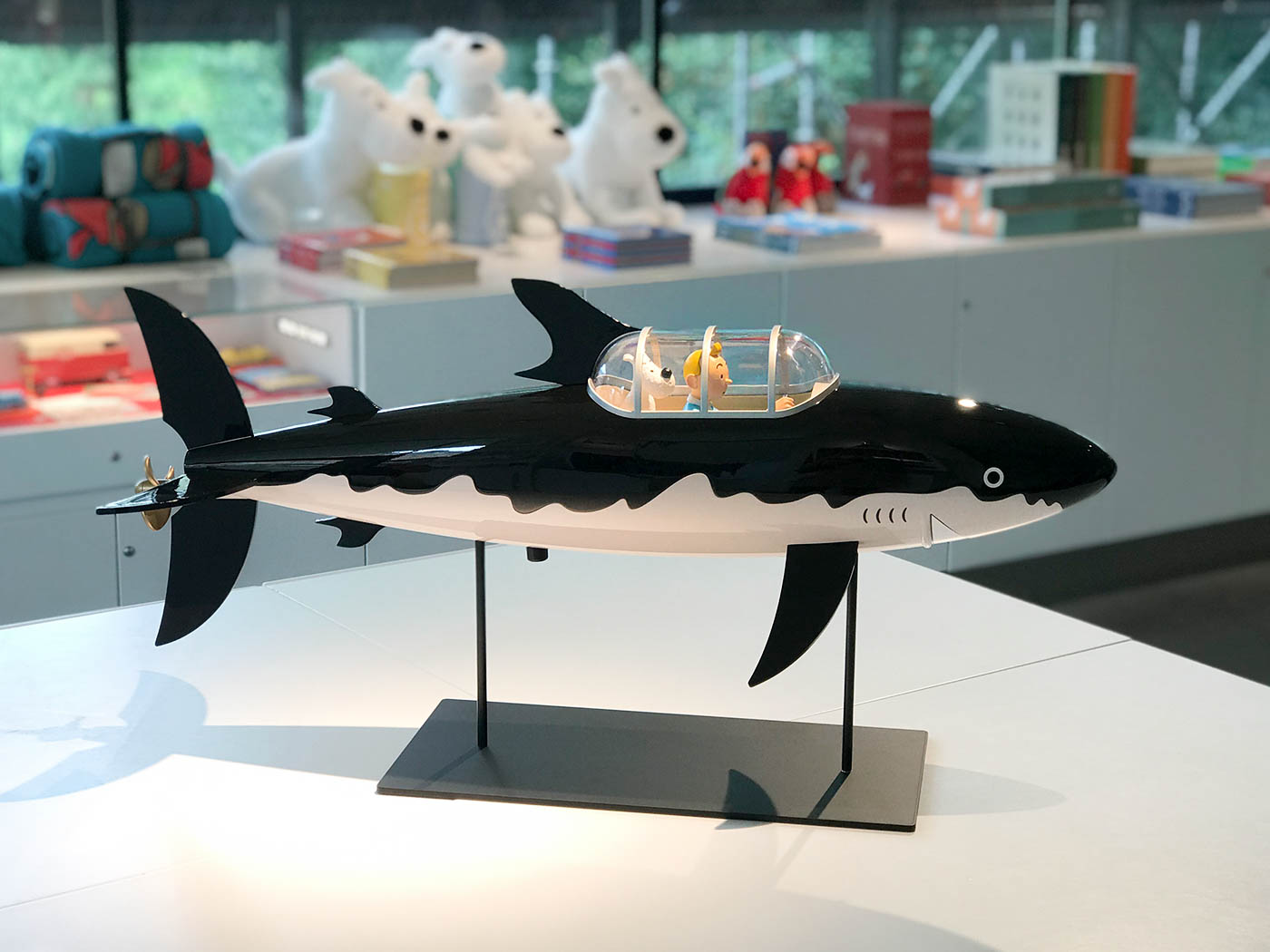 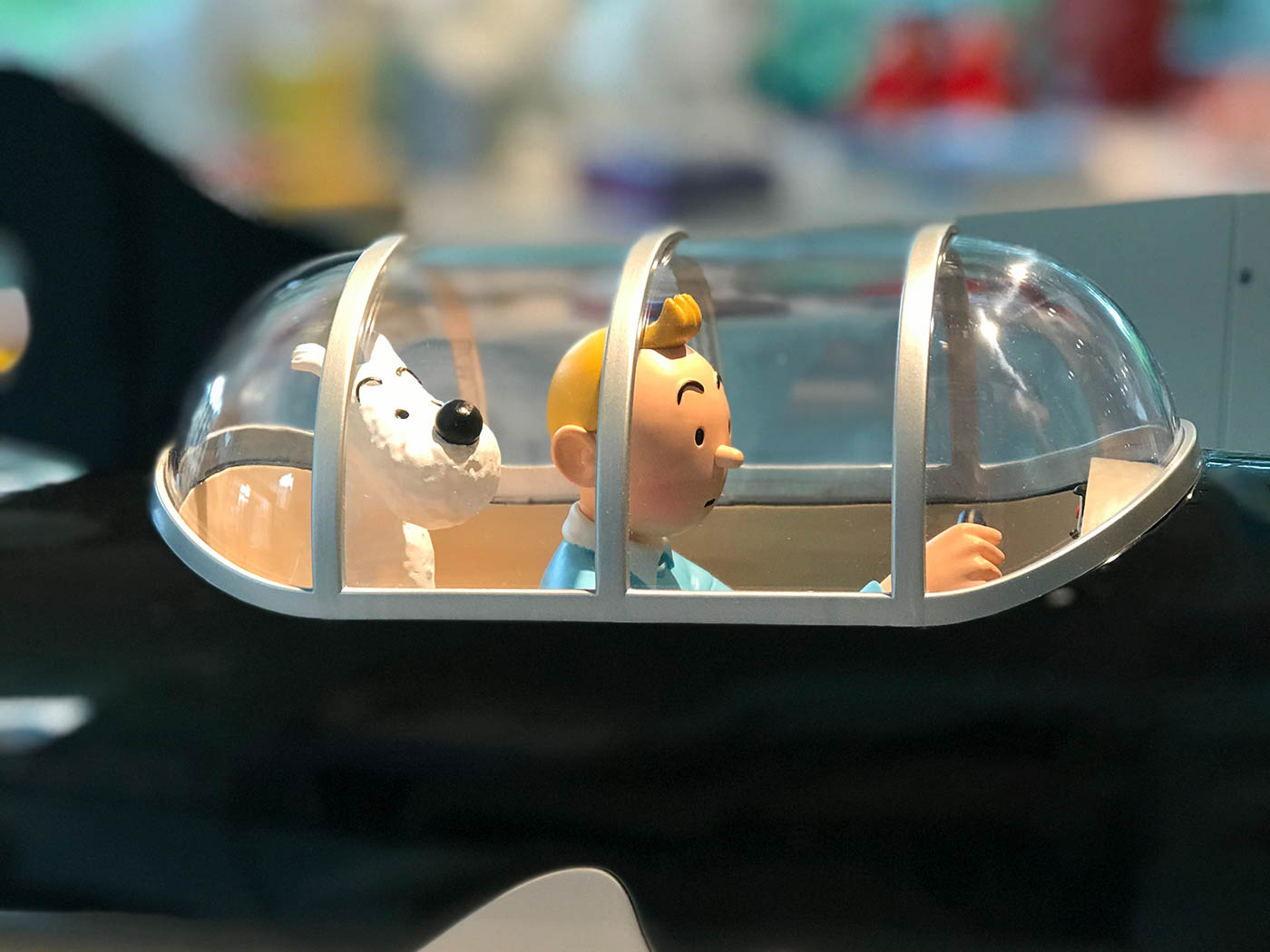