Exhibition : By car with Tintin

To celebrate its reopening and 11 years of existence, the Hergé Museum offers several activities to its visitors!

Hergé loved sports cars with a definite preference for those of Italian origin. He loved speed! In total, only four cars which Hergé owned appeared in the 24 Tintin books. The Opel Olympia convertible in King Ottokar’s Sceptre, the car driven by the Syldavian spies, is the same one Hergé owned at the time. Indeed, Hergé bought his first car in 1938, at the age of 31.

Few people know that Hergé was the owner of an Impéria Mésange that he drew in The Crab with Golden Claws, towed by a tow truck. He had a 1940 model, which he bought second hand. In the Land of Black Gold, Tintin drove the Lancia Aprilia of Emir Ben Kalish Ezab. Hergé had acquired a similar one, «an excellent little car which, at the time, easily hit 140KPH”. 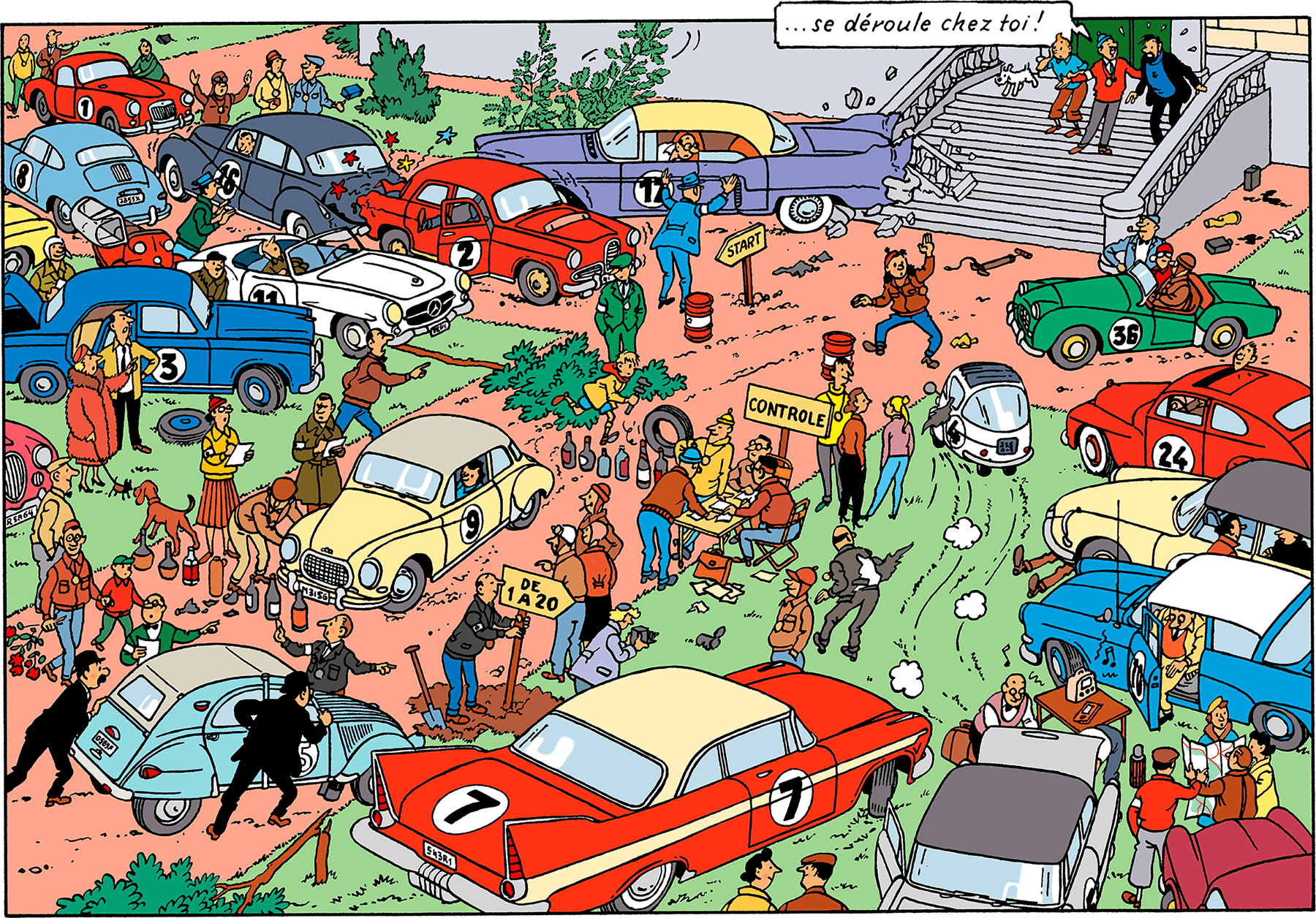 A blue Porsche 356 discreetly figures in the large car gathering of the “Vagabond Car Club” rally organised by Jolyon Wagg. It is visible in the last vignette in The Red Sea Sharks. It bears the number 8 on the driver’s door. On the other hand, neither his Alfa Romeo nor his used Peugeot bought in 1946, appeared in any of the books.